The original idea of this project was to build life sized bullet proof pinball drop targets that could be shot at with a 9mm handgun. But after construction began, several problems were encountered that were going to prevent that from happening. So after a few modifications, a target was made that allowed us to shoot at the pinball targets with a .22 caliber handgun. The main problem that was encountered, was the weight of the targets themselves. In order to make them withstand the energy from a 9mm round, 1/2 inch thick steel was used for the target and 11ga. steel was used for the tubing of the entire project. This made the targets very heavy. Each target was 12.5 pounds, which doesn't sound like a lot. When you add 4 of these targets together, it adds up to 50 pounds that have must be lifted in order to reset the targets. So for this version of the targets, we used 1/4 inch steel plate with 11ga. tubing. Which cut the weight down to about 25 pounds that needed to be lifted. 16ga. tubing could have been used to eliminate even more weight, but none was one hand to use. 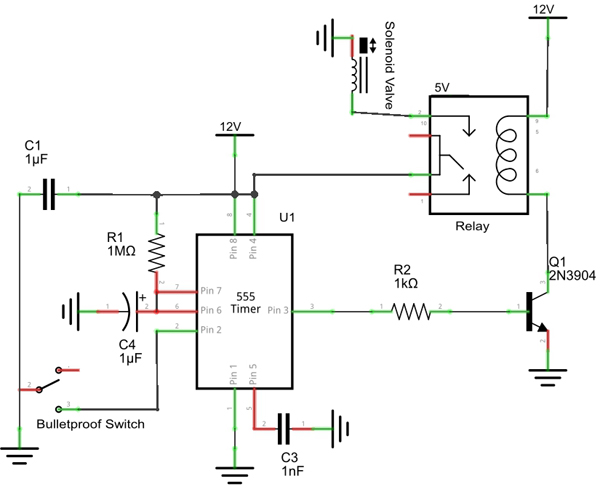 
* Here are the tools used to make this project.

* This web site uses affiliate links on some product links. This provides a way for the website to earn a very, very small commission (at no cost to you) which helps pay for this website and the free information you are currently enjoying.